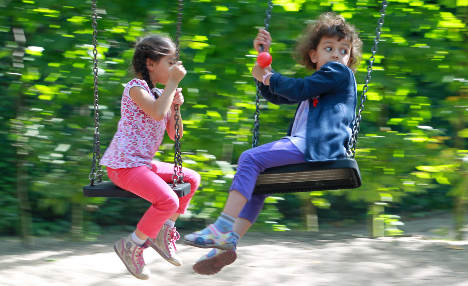 Corporal punishment of children was outlawed in 2000, but 40 percent of parents asked in a Forsa survey on Monday said they “smacked their children on the bottom,” down from 46 percent in 2006.

The main reasons parents gave for hitting their children was for being insolent, not listening or being aggressive.

The study, commissioned for parents’ magazine Eltern, showed that boys were twice as likely to be given a hiding as girls, and were also more likely to be smacked.

The magazine’s editor Oliver Steinbach said the study showed that parents hardly ever hit their children out of conviction, but usually out of desperation and helplessness.

He pointed out that the percentage of parents who felt bad after hitting their children had risen from 71 percent to 75 percent.

Another 17 percent of parents said they thought corporal punishment, “actually did not work”, while around a third said it had worked for at least a while. Only a quarter of those asked said they were pleased to have hit their children while nearly three quarters said they regretted it afterwards.

Children’s charity Deutsche Kinderhilfe said the figures were dramatic. Violence against children was a phenomenon which cuts across society, said Georg Ehrmann. It should provoke an outcry in society, he said.

Non-violent methods of disciplining children included shouting, which more than 90 percent of the parents said they did. A further 85 percent said they deprived their children of treats as punishment, while a quarter said they stopped talking to their children to punish them.