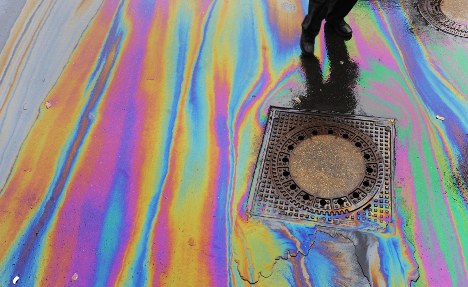 “There was oil for 13 kilometres from Spandau all the way into the city. We needed 1,250 kilos of binder material to cover it up,” he said.

“Oil on the road is certainly a hazard, depending on how fast a vehicle is travelling, oil on the road can cause skidding and accidents. It is something we need to act quickly to remove.”

Despite the fact that following the oil trail was easy enough, and one report said there were puddles of oil at traffic lights where the culprit had obviously stopped for red lights, authorities had no luck tracing the driver.

“The police are looking for the source vehicle, but the trail petered out on Olivaer Platz,” said Rowenhagen.

“It must have been a big car, or a truck or bus, or perhaps even a truck transporting old oil – no normal car would have had so many litres of oil to lose,” he said.