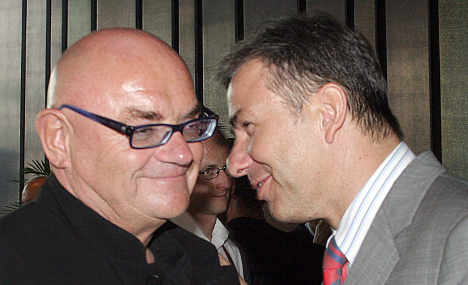 “This piecemeal tactic of putting everything on the table piece by piece has to stop,” Dirk Behrendt, spokesman on legal political affairs for the Green party said on Saturday.

Wowereit admitted having taken a holiday in Schmidt’s holiday home on Friday, in answer to a state parliamentary question. “Eight years ago the Mayor was Mr Schmidt’s guest for 2-3 days at his country home near Barcelona during a private holiday in Spain,” according to Wowereit’s signed statement.

Schmidt was a central figure in recent allegations of corruption which led to the resignation of President Christian Wulff. Schmidt organized the “North-South Dialogue” lobbying event, for which Wulff – then President of Lower Saxony – served as patron.

At the same time, Schmidt is suspected of having improper relationships with Wulff’s former spokesman Olaf Glaeseker, providing him with free holidays.

Now that Wowereit has admitted also accepting a free holiday from Schmidt, Green MP Behrendt is demanding some answers. How did the visit come about? What political discussions took place there? What expectations did Mr Schmidt have of Wowereit and Berlin?

Left-wing Social Democrat Wowereit’s coalition partners governing Berlin state, the conservative Christian Democratic Union have rushed to defend him. This kind of discussion has to stop, Kai Wegner, General Secretary of the Berlin CDU told the Tagesspiegel newspaper on Saturday.

“If you don’t have any ideas, you throw mud,” Wegner was also quoted in the Berliner Morgenpost paper also on Saturday.