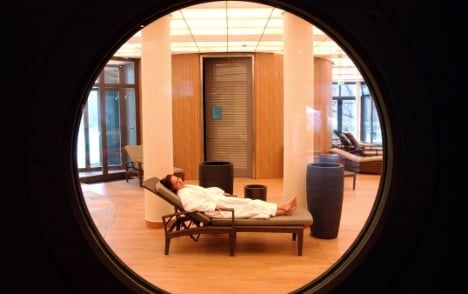 The ruling is seen as a partial victory for Udo Voigt, former leader of the far-right National Democratic Party (NPD), who booked a health spa holiday in a hotel in the eastern German state of Brandenburg in 2009.

The Esplanade hotel in Bad Saarow, realizing who he was only after the booking was confirmed, subsequently barred him.

The hotel owner justified the ban on the grounds that harbouring the NPD leader hampered the hotel’s ability to provide “every guest with a top class wellness experience.”

Voigt’s discrimination lawsuit failed in two Brandenburg state courts, who upheld the hotel’s claim that other guests would be disturbed by his presence.

The BGH also upheld the view, saying that private hotel managers had “a right to decide who they want as a guest and who they don’t.” The BGH said the constitutional principle that no-one could be discriminated against because of their political views did not necessarily apply between companies and private citizens.

But the court said that if a valid contract for providing services had been agreed between the two parties, then the hotelier was bound to the deal. In that case, a ban would only be possible if the guest had violated the contract, for instance by haranguing other guests.

Voigt was leader of the NPD from 1996 to November 2011, when he was replaced by Holger Apfel.