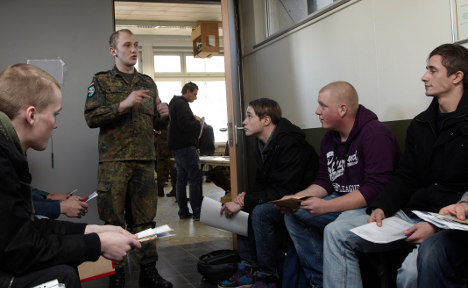 According to reports in both the Berliner Zeitung and Bild newspapers, who were apparently leaked drafts of next year’s tax plans, both Defence Minister Thomas de Maizière and Family Minister Kristina Schröder have expressed resistance to the idea.

“We believe that the tax-free status [for military personnel] needs to be kept to make it more attractive,” a spokesman for the Defence Ministry said.

Germany’s old national service, which was replaced with a voluntary army and a federal civic volunteer scheme last year, always enjoyed tax-free income, and both the defence and family ministries use this feature to entice new volunteers.

But according to the Berliner Zeitung, Schäuble is arguing that since the army is now entirely professional and that civic volunteers earn an income, this now contravenes Germany’s tax equality laws.

The German army federation described the idea as “a devastating signal.”

“This is a voluntary service for society,” federation head Ulrich Kirsch told the Frankfurter Rundschau newspaper. “Taxing it would mean the volunteers would have less in their wallets and the service would be significantly less attractive.”