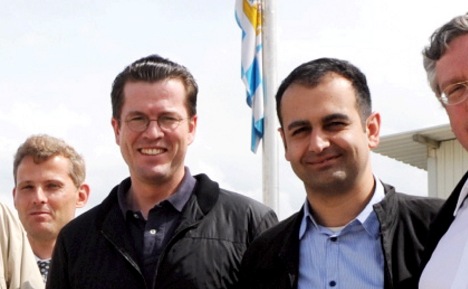 The Economics and Social Sciences department of Cologne University announced Monday that Bijan Djir-Sarai has been stripped of his doctor title because several passages of his dissertation on the “ecological modernisation of the PVC industry” were found to have been taken from other sources without proper referencing.

The university said that Djir-Sarai had ignored academic referencing and quotation guidelines to a significant extent.

Djir-Sarai said he was disappointed by the decision, and added that he had always supported the university’s re-appraisal of his work. His dissertation came to the attention of the plagiarism-hunter online platform Vroniplag in May last year.

“At the start of the process I took the firm decision not to challenge the result in court, regardless of which way it went,” he said.

The 35-year-old has been a member of the German parliament since the last general election in September 2009, and is a member of its foreign affairs committee. The Tehran-born politician is also chairman of the inter-party German-Iranian parliamentary group.