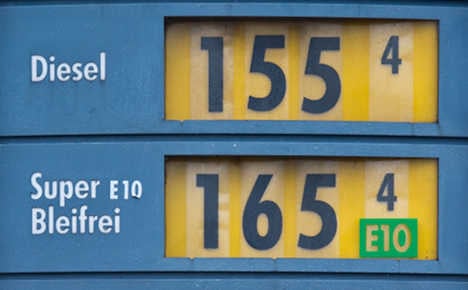 The paper reported an incident in Düren, a Rhineland town between Aachen and Cologne where several people filled up at an illegal station.

The station’s supplier was a 60-year-old worker from a nearby construction company who siphoned off thousands of litres of diesel fuel from his company’s reserve tanks.

Police said the fuel was selling for well below one euro per litre at the “station.”

On Thursday German auto club ADAC said February was the most expensive month in German history for petrol prices, with average costs for Super E10 at €1.59 per litre, or 5.1 cents higher than in January. Prices have since gone up further.

Authorities said it wasn’t just people with a criminal record who stopped to fill up, but families and customers of the firm.

The scheme, which was uncovered in December, wasn’t the only one in Düren. A worker at an agricultural cooperative in town was charging 75 cents per litre for diesel fuel he siphoned off from his employer.

Many local people also took advantage of this, the newspaper wrote, saying some 41,000 litres were sold by the 43-year-old worker before he was detected by a security camera.

Now that both schemes have been uncovered, drivers in Düren have to pay what everybody else in the country does, the paper wrote. Those prices are running at over €1.54 per litre for diesel and €1.65 for super.