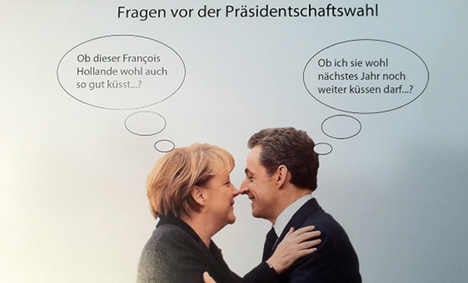 According to Der Spiegel magazine, Merkel and the leaders of Italy, Spain and the United Kingdom have agreed not to receive Sarkozy’s challenger because Hollande is campaigning on a platform of re-opening euro talks if elected.

After much negotiation, the euro fiscal pact was signed this week by 25 European Union members.

Merkel has already announced her support for Sarkozy’s campaign. The Merkel-Sarkozy relationship has grown so close during the financial crisis that the media has dubbed them “Merkozy.”

The French presidential elections are scheduled for April 22. A probable run off is set for May 6. Hollande has been leading Sarkozy in the polls, but Sarkozy has been catching up recently.