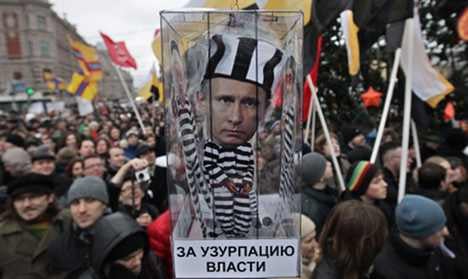 Westerwelle’s comments come as Russians go to the polls Sunday in what most observers agree will mark the return of Putin to the presidency, despite widespread protests against him all over the country.

Putin ruled Russia from 2000 to 2008 as president, but was initially barred constitutionally from running again, and served four years as prime minister.

Westerwelle told the newspaper that it is “an interesting and positive sign that currently demonstrations of this magnitude are taking place.”

The foreign minister said he doesn’t think the protests are a one-off action, but believes Russians are beginning to stand up for their rights.

Germany’s top foreign policy official said whatever the outcome of Sunday’s elections, Germany will continue to pursue a strategic partnership with Russia.