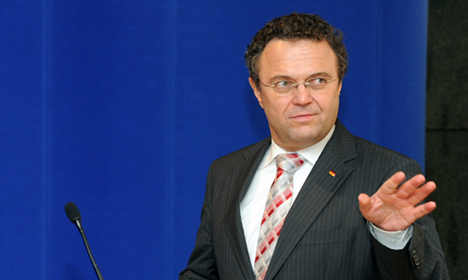 Some editorial writers have also questioned why Bild was able to obtain the study and release it first.

In an interview with the Süddeutsche Zeitung published Saturday, the study’s main author Wolfgang Frindte said, “After the publication in a tabloid newspaper there was a lot of outrage and even despair in our team.”

He said the findings were published in such a way that the Muslims who were interviewed for the study “could have felt misused, and that’s sad.”

Bild highlighted a part of the study that showed that nearly one in four non-German Muslims don’t want to integrate.

Following the Bild report, Thilo Sarrazin, author of controversial book “Germany Abolishes Itself,” said he felt justified. Sarrazin’s book provoked a storm of criticism and debate on the issue of integration when it was released in 2010.

“That Thilo Sarrazin feels justified by this study is tragic,” said Frindte. He added that the report made a number of suggestions as to what the majority German culture could do to help integrate its Muslim immigrants, including creating equal work and housing opportunities.

These suggestions were not published in Bild he said, though fortunately in subsequent publication by other newspapers more details about the study came out.

A Süddeutsche editorial published Thursday sharply criticized Friedrich, saying the politician “has done everything he can since taking office to worsen the dialogue with Islamic groups. The recent study about integration is not even the problem. It’s the timing of its publication that’s suspicious.”

Referring to Bild, the paper wrote, “…when a tabloid newspaper is allowed to report exclusively on such an explosive study, a sober debate is no longer possible.”

Friedrich has disputed accusations that his ministry leaked the study to Bild.