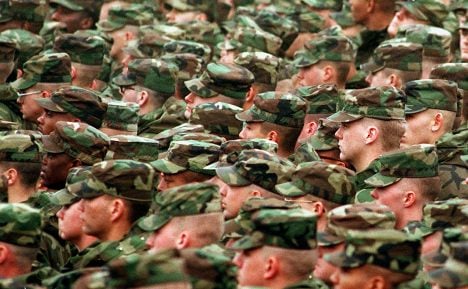 The company, BBG Global, is the target of US military personnel’s outrage over the prices for service personnel to make calls from German airports – which are often stopover points on the way to warzones.

A story in Thursday’s edition of The New York Times said army Specialist Reynald Matias was charged $51 for a two-minute call made to his wife in Tacoma, Washington from the Leipzig-Halle Airport.

Matias made the call from a pay phone in the terminal’s “troops only” lounge and charged it to his debit card.

Other soldiers reportedly paid $83.92 for about four minutes of calls from one of the Leipzig phones and $39 for a three minute call from the Frankfurt Airport.

Army Sgt. Jeremy Burnes told NBC News he was stunned to be charged $176.25 for two calls of under 5 minutes each from Leipzig to tell his wife he was safely out of Iraq.

The Times said BBG Global, based in Switzerland, handles the calls from Leipzig and some service from Frankfurt and there have been numerous complaints against the company of a similar nature to Burnes’.

The Leipizig-Halle airport is well aware of the problem, spokesman Uwe Schuhart told The Local. It has received numerous complaints about the fees and passed them onto BBG.

As of last year the airport also posted signs – in English – informing soldiers that they could buy a telephone card from the airport for $16 and with that card they would incur no credit card fees.

Corder has filed a class-action lawsuit against BBG Global, demanding that BBG and other companies that provide service from Leipzig repay service members who used the military-only phones.

The Times reported that BBG Global said, in a statement, that a German-based company that operates the phones actually sets the rates. The sergeant’s lawyer doesn’t think that is true.

BBG also said its rates are the same as for anyone else making an international operator-assisted credit card call from a German pay phone, but soldiers countered that their pay is not comparable to that of business travellers.

“Any accusation, or inference, that American military personnel are being targeted with inflated rates is untrue and offensive,” BBG told the Times.

But according to the Times, the BBG has been keeping rates vague intentionally.

The bureau has had 453 complaints over the last three years about BBG, most of which are unresolved.