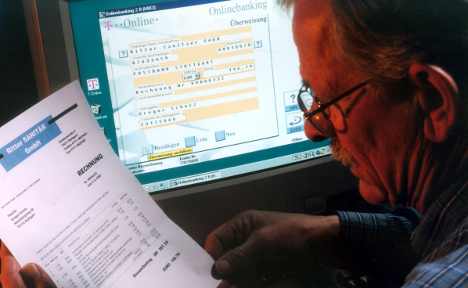 Staff at the north German online bank removed €12,000 in interest from the man, who said he will be suing the company to have this sum returned, daily newspaper Die Welt reported.

“An amount of money that was clearly too large was transferred due to a technical malfunction,” a spokesman from the bank said.

But the surprised recipient, who lived in Hessen, couldn’t resist the temptation and transferred €10 million to his checking account at his regular bank.

But the newly minted millionaire only had twelve hours to rejoice as the bank realised its mistake and demanded the money back – with €12,000 or 14.4 percent interest.

Legal precedent seems to be in favor of the unexpected millionaire, as in a similar case previously judges at the Federal Court of Justice found that accessing the money transferred accidentally by a bank is not a criminal act.

The bank customer is not legally required to inform the bank of its mistake, as accessing money that was erroneously transferred is simply taking advantage of a given situation, the court ruled.

The Hessen state court is to decide whether he gets the money back or not on May 3.