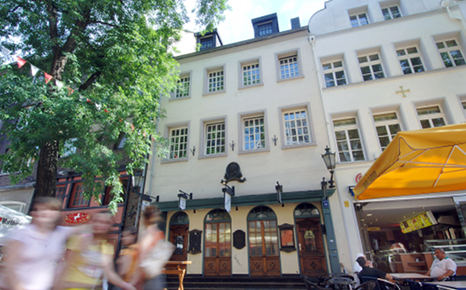 Düsseldorf clocked up 378 “income millionaires” in 2007 it was revealed this week – giving it a one-in-1,537 millionaire rate.

Nearly a quarter of these gilded Germans can be found in the suburb of Meerbusch, where 98 of the 553 inhabitants were income millionaires, recently released information from federal statistics offices show.

But while 4,206 income millionaires lived in the industrial state of North Rhine-Westphalia in 2007 – a figure that had almost doubled since 2004 – the eastern states of Mecklenburg Western-Pomerania, Saxony-Anhalt and Thuringia did not have a single of the six-figure earners to their name.

Hot on the heels of Düsseldorf came Munich, which had one income millionaire for every 1,586 resident, while Frankfurt came third with one per every 1,821 resident.

Many of Germany’s 17,000 millionaires were also found in the country’s idyllic villages in Bavaria.

Grünwald, for example, had the highest rate of all with a one-to-105 million-earner rate, Die Welt reported on Wednesday.

The Hessian village of Königstein in Taunus came in second, with one inhabitant per 174 earning over €1 million a year. Closely behind was another leafy Bavarian oasis, in which one in every 230 of its residents was sitting pretty.

The figures from 2010, which will reflect how the country’s earning elite faired during the recent recession, will be published in 2014.