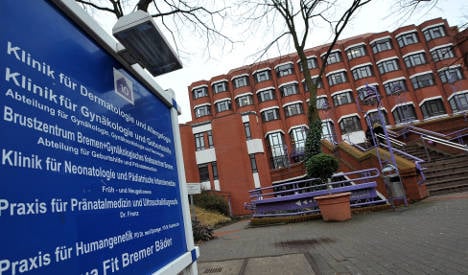 It also emerged that the multi-resistant bacteria which contributed to the deaths of three babies at the unit last year had been there for several years and that efforts to clean the unit had obviously failed.

The Klinikum Mitte premature baby unit has been the focus of concern and media attention since last autumn when three babies died after becoming infected with Klebsiella bacteria, while several more were left seriously ill. The unit was closed for a while for disinfection and some renovation, but opened again this year.

But last week three premature babies were found to have the same strain of Klebsiella bacteria as had contributed to the previous deaths – although they did not become ill.

The decision was made to close the unit down altogether after two more babies died there on Tuesday night.

It was also revealed on Tuesday that the dangerous Klebsiella bacteria had been at the unit since at least 2009 – and files were found of cases of infection from before even then.

“That is a point which shocked me,” said Bremen state health minister Renate Jürgens-Pieper, after she announced the closure of the unit. She said the hygienist responsible had been relieved of his duties, while the unit’s manager had also been suspended.