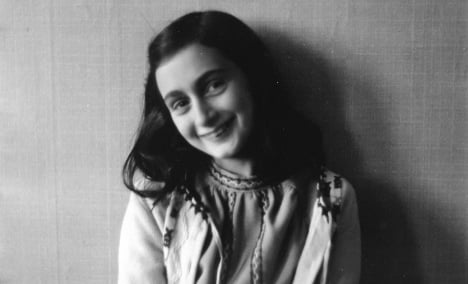 Anne Frank’s cousin Buddy Elias, whose side of the family fled to Switzerland rather than Holland and thus survived, was in Frankfurt on Tuesday to announce the decision.

Anne Frank’s father Otto had, “a happy youth here,” said Elias. “Just like so many other people he could hardly imagine that his home town could at one point no longer be a home for all citizens.”

Although her famous diary will remain in Amsterdam, where she and her family were hidden for years from the occupying Nazis, hundreds of the family’s possessions including paintings, photos, furniture and letters, will be kept in Frankfurt’s Jewish Museum.

The collection includes devastating letters written by Anne’s father Otto from the Auschwitz death camp to his relatives in Basel. Otto was the only member of Anne’s immediate family to survive after they were discovered hiding in an attic in 1944 and sent to Bergen-Belsen and Auschwitz.

“We carry the responsibility to ensure that future generations – the young of today – can proceed towards a fair society in peace… The diary of Anne Frank teaches us nothing less than that,” said Elias.

He said he had been looking for years for a suitable place to house the collection of possessions. He is president of the Anne Frank Fund, established by Otto Frank in 1963 to ensure that all profits from sales of her diary are used for social and cultural projects to further her dreams and ideas.

“Today we are completing the circle,” said Elias, referring to the family’s roots in Frankfurt.

This legacy was long ignored by the city itself, admitted Felix Semmelroth, the city’s councillor in charge of cultural affairs. The first exhibition on the Frank family was staged in 1991, while six years later a youth education centre was established near the house where the family had lived. There is now a memorial there.

The decision of the Anne Frank Fund to house the collection in Frankfurt was a sign of trust, “the meaning of which cannot be overestimated,” said Semmelroth.

The new Frank Family Centre which will be built onto the Jewish Museum is not expected to open until 2015.