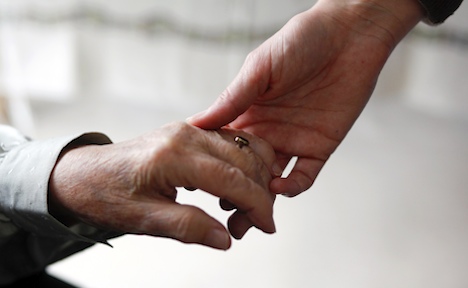 An intern found an envelope containing 20 €500-notes under a doormat outside the main entrance of the Am Hohen Tore Hospice on Wednesday night, the acting care manager, Eva Reuleke, told the news agency DPA.

“We couldn’t believe it at first,” Reuleke said. “We had just been talking about how great these donations are.”

The anonymous donor has given a total of €190,000 to various good causes in Braunschweig, in the state of Lower Saxony, since November.

Several of the donations were made to people who were written about in the city’s newspaper, Braunschweiger Zeitung. On February 1, an envelope of €500 notes was delivered to the newspaper’s offices with an article about a 14-year-old boy who had been left seriously injured by a swimming accident seven years before.

The paper has been flooded with requests from people and groups asking that stories be written about them, in the hopes of drawing the donor’s attention. In response, the paper’s local editor, Henning Noske, has said the paper will not be used and that it will “always act according to the press code.”

The hospice hopes to use the money to redesign a room used for further educational training, according to DPA. Past beneficiaries of the anonymous donations have included a kindergarten, a church community, and local soup kitchens.