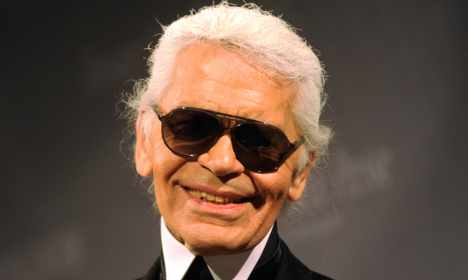 Merkel, who typically wears single-coloured trouser-and-jacket combos, was also offered fashion advice by the German-born designer, who recommended she wear better-designed legwear – and unbutton her jacket.

The 57-year-old chancellor has been mocked by some style critics as a mousy scientist from the former East Germany, but she made headlines when she revealed a plunging neckline during an opera performance in Oslo in 2008.

“Overall her dress code is okay but the cut should be more precise,” Paris-based Lagerfeld told the latest edition of Focus magazine. “And she should wear her jackets open over a blouse with better cut trousers.”

Lagerfeld, who like Merkel was born in the northern port city of Hamburg, argued that this would allow her to “move with more ease”. He was less critical of the cut and colour of her blond hair which were perfectly fitting for “her beautiful blue eyes”.

Merkel has sported a classic approach to fashion since becoming one of the world’s most powerful women. She mainly follows the fashion advice of Hamburg designer Bettina Schoenbach.

Lagerfeld was forced to apologize earlier this month after sparking outrage among fans of British singer Adele over his remark that she was “a little too fat.”