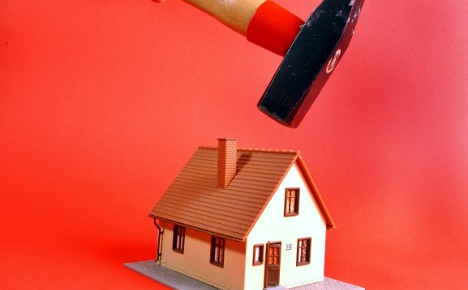 An analysis by the Bürgel company, a subsidiary of Allianz, found that 136,000 Germans declared bankruptcy last year, a 2.2 percent decrease over 2010. But personal bankruptcy’s among people over sixty increased by 6.7 percent to 10,173 cases. People between 18 and 25 saw an increase in declared bankruptcies of about 1 percent.

The German state with the highest number of bankruptcies last year was North Rhine-Westphalia with 32 389, while Bavaria with 15,202, had the fewest.

Bürgel CEO Norbert Sellin attributed the struggles of the elderly to decreasing pensions and state-provided benefits which are forcing many to take menial jobs.

Among young people, Sellin blamed poor financial management – such as young people needlessly investing in too many electronic gadgets – and inexperience dealing with money.

“Although we have had a decline in bankruptcy numbers thanks to an improved situation in the labour market and a correspondingly favourable economic situation in Germany, the number of bankruptcies remain too high,” Sellin said in a statement.

Sellin added that he thought the number of bankruptcies would stay constant into 2012.

Despite some Germans’ financial problems, Germany’s personal bankruptcy rates remain much lower than in much of the West. Since 2009, more than 1 million Americans, for instance, have declared bankruptcy each year.

And Germans on average save more than 11 percent of their income each year compared to savings Americans’ savings rate of just 5 percent, according to the Organisation for Economic Co-operation and Development.