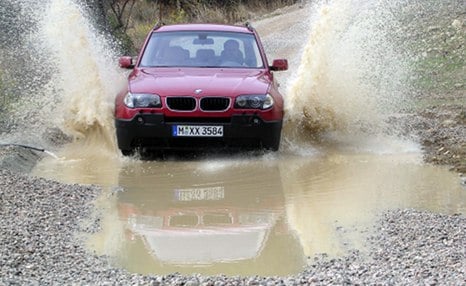 Keen to recreate an ad he had seen on the television, in which a BMW drives through water, 26-year-old Pascal R. splashed out €151 on an X3 compact sport utility vehicle for the day.

He had been hankering after the vehicle, which he could not afford to buy, for some time, daily newspaper Bild reported on Thursday.

After car rental company Sixt handed over the keys, the machine operator drove to a nearby quarry pond in the hope of fulfilling his automotive fantasy.

He revved the 147-horsepower vehicle and ploughed it into the water, but much to his chagrin, the car started to splutter and the engine cut out in just 50 centimetres of water.

Sixt tried to sue Pascal R. for €9,000 worth of damages, but he refused to cough up, referring to the advert in his refusal letter.

The case then went to court, where the judge denounced the act as “grossly negligent behaviour.”

His excuse that “the car can drive through the water on the TV” failed to convince the presiding judge, according to the paper.

The judge offered him the option of paying a €4,000 compromise settlement, which Pascal R. accepted.