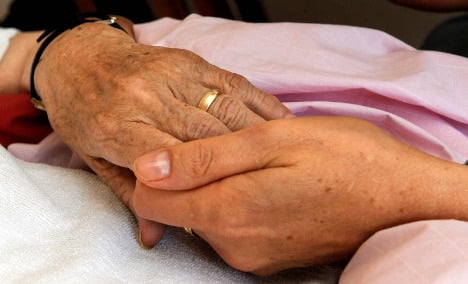 The building, a former church community hall, is expected to be bought by the German Red Cross (DRK) in the next few days and turned into a hospice for dying people by spring 2013.

“It’s a pure, very beautiful, very well-kept residential area,” he added. “It is an environment in which people should spend their last days.”

But local residents are unhappy, fearing that the hospice will affect property values, and have asked for a fence to hide the building.

“The issue of death is not directly addressed,” said local pastor Hella Lemke. “But I think that is behind (the opposition).”

The DRK has no legal obstacles to the construction, but Krüger is determined to keep the relationship with the neighbours positive.

“We want to get on with the people we have as neighbours,” he told Die Welt. “That’s why we’re looking for solutions to the problems and fears. For example, we can make sure that no mortuary vans come by when children are playing in the road or people are sitting down to their dinner.”

Many in the local community are reluctant to express their criticism openly. One local, who declined to be named, told the paper, “It’s not exactly nice.”

“Once the hospice is there, life will soon go back to normal,” promised Krüger. “It’s not as if there will be a grave site there, but a house where people will live and have a quality of life they couldn’t have at home.”

He also said that while he thinks most locals will come to accept the hospice at the end of their road, “there will be a few left who we won’t be able to reach.”