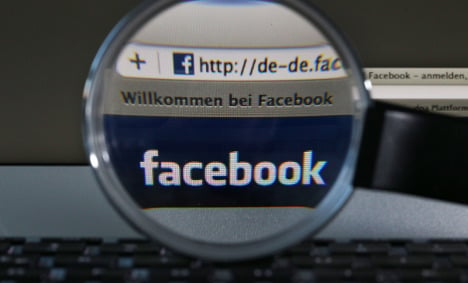 The case in question is relatively routine – a 20-year-old is suspected of tipping off a friend about a break-in via a private message on the social networking site.

But if the judge succeeds in his attempt to confiscate the accused’s Facebook account, experts say this will set a precedent in German legal history that could potentially affect thousands of trials.

According to Stuttgart-based lawyer Carsten Ulbricht, investigators have only had access to the publicly-visible messages on Facebook “walls” until now.

“That’s very different in the US,” he told state broadcaster SWR. “There it is already routine for investigators or lawyers to get access to such data on social networks.”

“Email accounts are sometimes frozen and confiscated here, but it’s rare and very complicated,” he added.

To confiscate an email account, judges must hand court orders to internet service providers, who are then obliged to disclose private emails to investigators.

The bureaucracy is more complex in the case of Facebook, because data is kept overseas. Facebook Germany reportedly told the court that only the Irish headquarters had access to private German accounts.

The Reutlingen judge has now sent requests to Ireland, though this will cost the judiciary time and money.