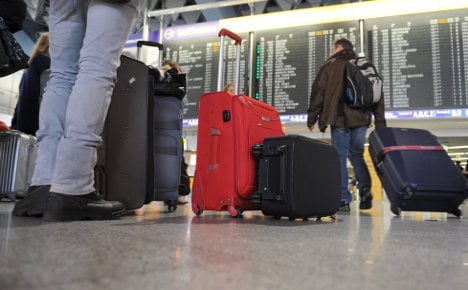 The air traffic controllers union (GdF) said on Sunday that its workers would be absent for 24 hours from the early hours of Monday in a move that could disrupt up to 50 percent of flights.

“All long distance flights should take place,” said a Lufthansa spokesman, recommending passengers on other flights check before going to the airport. Those wanting to take domestic flights should get a train.

The GdF has been pushing for a wage increase of up to 50 percent, shorter working days and larger bonuses, for “apron control” workers who guide the planes in and out of parking spots but so far the airport operator, Fraport, has rejected their demands.

They disrupted traffic at Frankfurt airport with strike action on Thursday and Friday – nearly 500 flights were cancelled.

“We regret that we are forced to take further measures,” a GdF statement said.

“The rigid stance of Fraport AG leaves us no other choice than to continue our industrial action with all means at our disposal.”

The GdF threatened to strike last October over the working conditions of the airport’s air traffic controllers. The dispute was settled in court and the strike did not take place.

Frankfurt airport is the third biggest in Europe behind Paris and London Heathrow.