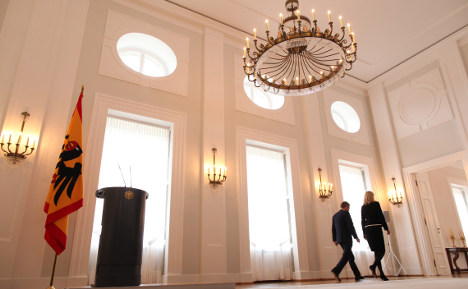 Her conservative Christian Democratic Union has a clear majority with sister party the Christian Social Union and the Free Democrats in the Federal Convention which elects presidents.

But Merkel said on Friday she would be looking for a candidate who could appeal to all parties, and specifically said she would be talking with the main opposition parties.

The Social Democratic Party and the Green Party said on Saturday they were confident of finding an acceptable candidate very quickly – probably even by Wednesday, the Süddeutsche Zeitung reported. They and the government parties are set to meet on Sunday for talks.

A major commemoration is planned in Berlin for Thursday for the ten victims of a neo-Nazi gang which toured the country killing eight Turkish and one Greek man, as well as a policewoman. Merkel is expected to speak, but it is thought efforts will be made for a new president to be present.

All parties have said they would want a candidate from outside the ranks of the political parties. Although the government parties have not gone public with their preferences, the SPD and Greens have made it known they would favour the former east German pastor and civil rights campaigner Joachim Gauck.

“He remains our favourite,” SPD leader Sigmar Gabriel told Deutschlandfunk radio on Saturday. Gauck was the first keeper of the East German secret service Stasi files after reunification and is widely respected.

The 72-year-old appeared in public in Koblenz on Friday evening – to from his new book – but refused to make any comment about the presidency.

He was a candidate last time around, but Merkel pushed through Wulff instead.

Wulff’s immunity from such investigation formally ended at the weekend after he resigned on Friday following months of pressure about his time as state premier of Lower Saxony.

Wulff will most likely receive the honorary presidential pension of €199,000 a year, it was said on Saturday, although there is some concern about whether he resigned for political or for personal reasons. The pension is only due to those who leave for political reasons.