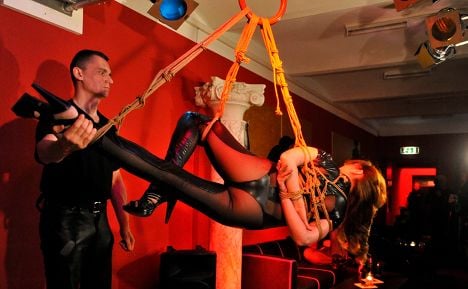 The production company responsible for producing the report for RTL had meant to pixelate the couple’s faces but forgot, according to a report in the Süddeutsche Zeitung on Thursday. The swinging parents wanted compensation for the alleged pain and suffering their family faced after the embarrassing revelations.

But the presiding judge said that in order to proceed with the lawsuit, the girl would have had to appear in court to testify and describe her shock – something he said she should be spared.

“I wouldn’t want be in your shoes,” he told the parents, according to the Süddeutsche. “That’s simply embarrassing.”

He explained that the parents weren’t due compensation because they had agreed to the filming in the first place and the production mistake had been an honest one.

Instead he suggested a compromise: That the production company and RTL pay the parents a small fee for their appearance and cover their legal expenses of about €3,000.

After all, he said, the fact that real people could say “this is what these people look like” probably made the show even more successful than normal.