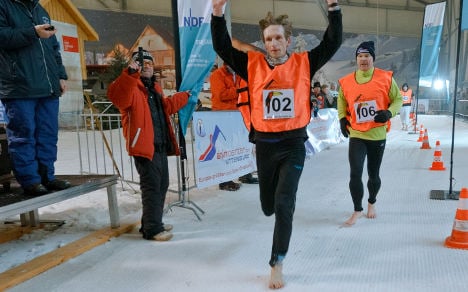 Kai Martin from Güstrow in northern Mecklenburg-Western Pomerania, managed the five kilometres in 23 minutes and 42 seconds. This is the first record in the discipline of barefoot snow running to be recognised by the Guinness Book of Records.

Although Germany has been covered in frost and snow for weeks, the race was held indoors on artificially-made snow at the Alpine Centre in Wittenburg near Hamburg, the Ostseezeitung regional paper reported.

The 49-year-old victor came off relatively well with his bleeding feet – another runner suffered patches of freezing on his feet and also needed medical attention. Three of the six competitors dropped out before the end of the race, complaining of painful feet.

Organisers said they expected attempts to break the new record to be made soon.