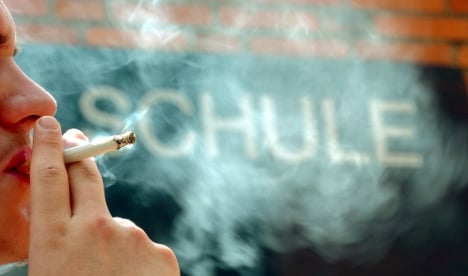 The Federal Centre for Health Education (FCDF) released the figures showing a noted decline between the years of 2001 and 2010 – with less than 12 percent of young people in the 12-17 age bracket identified themselves as smokers, down from 28 percent.

Several factors seem to be behind the drop in young smokers according to the FCDF, such as the nationwide anti-smoking campaign in 2003, climbing tobacco taxes and more schools banning on-campus cigarette breaks.

An increasing number of pubs and bars have also banned smoking indoors, which on a practical level have made it more difficult for young people to smoke socially.

The study also showed that while the number of young smokers has dropped, the amount of youths in the same age group who claim never to have tried a cigarette nearly doubled in the past decade.