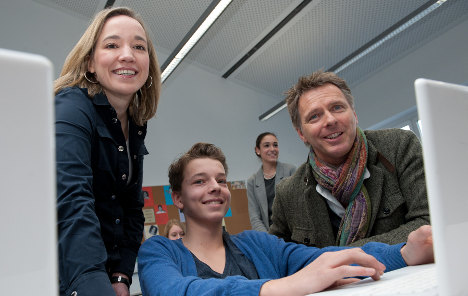 As part of a “Safer Internet Day 2012,” Schröder visited a school in Berlin on Tuesday to raise awareness of the dangers of internet bullying and identity theft on social networks.

She said that protecting children from such dangers was just as much the responsibility of schools as parents and government.

“Like sex education in primary school, the likes of Facebook belong in the classroom from the fifth grade,” she told the Bild newspaper.

“Social networks are not just meant to be fun for their members, they are meant to make money for their operators,” she said. “That’s why it’s important to know the risks of using them.”

Surveys suggest that German children between the ages of 9 and 16 spend an average of 88 minutes a day on the internet, while 72 percent of German kids aged 13 to 16 have a profile in a social network.

Jürgen Brautmeier, director of the state authority for media in North Rhine-Westphalia, echoed the minister’s call.

“Even in primary school, children should learn to move responsibly in the digital world,” he told the paper.