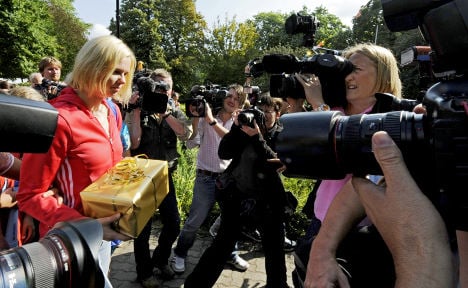 In a decision weighing the right to privacy against public interest, the court evaluated two cases, one brought by Princess Caroline of Monaco after she was snapped by paparazzi while on a skiing holiday.

The other case was brought by a media group after it was sanctioned following the publication of an article about a German television actor, who was famous for playing the role of a police superintendent, being arrested in a Munich beer tent for cocaine possession.

Caroline and her husband Prince Ernst August von Hannover brought their case to the European court in 2008, after German courts refused to ban a photo published between 2002 and 2004 by two German magazines, Frau im Spiegel and Frau Aktuell.

The European court found the German publishers had a right to print the image, taken without the couple’s consent during their holiday at the Swiss ski resort of St Moritz, because accompanying it was information about the late Prince Rainier of Monaco being ill at the time.

“The photo, in the context of the article, did at least to some degree contribute to a debate of general interest,” the European court said in a statement. “The German courts characterization of Prince Rainier’s illness as an event of contemporary society could not be considered unreasonable.”

German courts had already barred two other images on the grounds they were not in the public interest.

Celebrity lawyer Matthew Prinz denounced such photographs as “a permanent intrusion by the paparazzi” into his clients’ lives.

The second case was brought by media giant Axel Springer against German courts over their decision to ban the publication of further news about a “well-known television actor” who had been arrested for cocaine possession.

While the court did not name the actor, Bild, a tabloid owned by the Axel Springer group, had published articles concerning Bruno Eyron’s arrest for drug possession.

The actor immediately sought a ban on the publication of further photos and articles regarding the case, and won the backing of German courts, prompting Axel Springer to file a challenge at the Strasbourg court.

In summation, the court ruled that media coverage of celebrities private lives was acceptable if “in the general interest and if in reasonable balance with the right to respect for private life.”