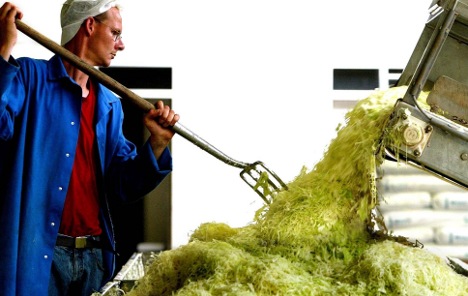 The autobahn had to be completely closed in one direction while police and volunteers struggled to remove the sauerkraut from the tarmac. According to the police report, the impact caused several plastic bags of sauerkraut to burst and spread across the A5 near Friedberg just north of Frankfurt.

Once it had frozen in the sub-zero temperatures, it proved extremely adhesive. “The road had to be partially salted so that the sauerkraut could be taken off,” the police said in a statement.

The contents of both trucks, plus several car parts were subsequently scattered across the road, causing an estimated €100,000 worth of damage.

Though both truck drivers were fine, the woman was slightly injured in the collision.

The sauerkraut truck was able to drive to a nearby depot, but the other two vehicles had to be towed.