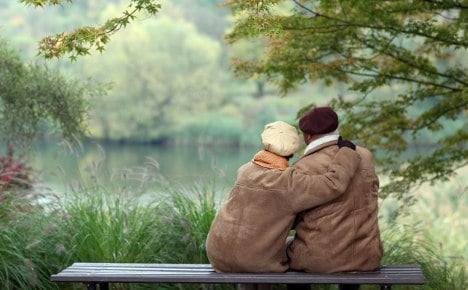 But communication problems, illness and social taboo can all hinder a happy sex life for the elderly, according to the “Use it or Lose it” study by the University of Rostock.

Behind the report are scientists at the university hospital who are hoping to end to the stigma surrounding pensioner sex and promote the message that “sex in old age is not only possible, but helps keep you young.”

Professor of medical psychology Peter Kropp and medical sociologist Dr Britta Müller interviewed 170 people between the ages of 63 and 75 in 2011. They say their findings make a strong case for the positive role sex can play in the lives of older people.

“The results clearly show that staying active in later life – and this includes having sex – helps keep you cognitively active,” said Kropp.

He explained that an average 20-year-old thinks they will stop having sex aged 50. When they reach 40 this is pushed back to 70, and at 50 the limit goes up further to 80.

People with a lifelong penchant for passion were found less likely to lose interest in sex as they got older, but those who have always had a lower sex drive run a higher risk of losing it all together.

And while 70 percent of 75-year-olds gave theirs the thumbs up, just 57 percent of 63-year-olds said that they were happy with their sex life. Those over the age of 70 said that as they got older, they found that little gestures had more importance – such as a loving glance or holding their partner’s hand.

Men, no matter what age, named sex a higher priority.

Along with illness and taking certain libido dampening medicines, communication was found to be one of the main mood killers as people age. “Older people are less inclined to talk about their sexual needs,” said Müller. “Sex becomes more of a taboo with age.”

Kropp urges older people to approach their doctor with problems surrounding their sex life: “They can help to loosen communication and take any pressure away from love making.”