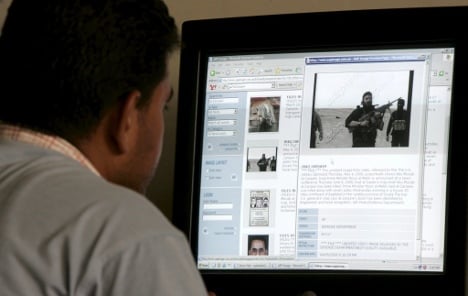 Police seized a hard drive and laptop from Christian Emde, 28, and Robert Baum, 24, both from Solingen in western Germany, when they arrived in the southern English port of Dover on July 15 last year.

Emde received a 16-month term, minus 193 days he has already spent in custody, and Baum received 12 months after they both pleaded guilty to having material which could be of use to someone preparing an act of terrorism.

Emde admitted four offences under the Terrorism Act for possessing online copies of the al-Qaida magazine “Inspire”, which contained titles such as ‘Destroying Buildings’ and ‘Make a Bomb in the Kitchen of Your Mom.’

Baum admitted one charge under the same act of having an article entitled ’39 Ways Of Participating Or Serving In Jihad.’

Their lawyers had argued that Emde, who is unemployed, had been studying extremism but was not a terrorist and was not going to pass the documents to anyone, while Baum was studying Islam while searching for a purpose in life.

Both men are now likely to be deported.