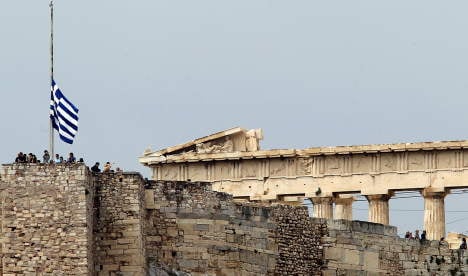 Jorgos Chatzimarkakis, a German member of the European Parliament, made his remarks to the Bild daily.

“For many in Europe, the name ‘Greece’ stands for a broken political system, nepotism,” said Chatzimarkakis, who is of Greek descent.

“As part of an honest new beginning, the Greek constitution should be rewritten, and the country should be renamed ‘Hellas’ in all languages.”

“Hellas” is the name Greeks themselves use for their country.

Chatzimarkakis told the paper that Athens must do away with the current political system and replace it completely. Moreover, he argued that the money Europe is pumping into Greece is going to debt repayment but is not solving the country’s problems.

“Greece needs economic growth,” he said. “Only then can it account for its debts.”

Greek Finance Minister Evangelos Venizelos said Saturday that negotiations over a second rescue package must be completed by Sunday night, calling it the “hour of decision.”