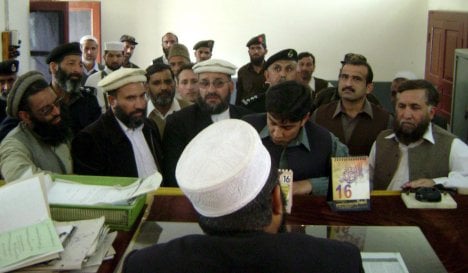 Jochen Hartloff, a member of the centre-left Social Democrat Party (SPD), told the BZ newspaper that he was open to allowing civil suits to be brought before Sharia arbitration courts if both parties agreed.

Such courts would be barred from hearing criminal cases, however, and their jurisdiction would be limited to disputes over money, divorce and inheritance issues. Hartloff also said he would only accept a modern form of Sharia law.

“We won’t tolerate the Stone Age,” he added. “Stoning is a violation of human rights.”

Hartloff’s comments have triggered calls for his resignation from conservative politicians. In an interview with Germany’s Bild daily, the legal expert for the centre-right Christian Social Union (CSU) party, Stephan Mayer, called Sharia law “cruel and inhuman in every form.”

“It is unthinkable that a justice minister would have those ideas,” he said.

The Federal Justice Ministry also responded. It warned against the notion of “parallel justice in Germany,” saying the state bears sole judicial responsibility.

Hartloff’s remarks were met with puzzlement across the political spectrum, with representatives of the Free Democrats (FDP) and the Greens voicing their disagreement.

The Central Council of Muslims in Germany, however, praised Hartloff’s suggestion, with the head of the organisation, Aiman Mazyek, calling it a way to better “pacify parties to a dispute long-term.”