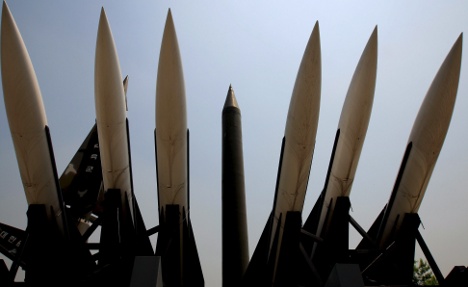 The centre will be operational following a Chicago summit in May, according to a diplomatic source.

NATO announced last year that Spain would host US ships with interceptor missiles while an early warning radar system will be based in Turkey.

Land-based interceptors will be located in Romania by 2015 and in Poland by 2018, when the system is expected to be fully operational.

The United States insists that the missile shield aims to counter missile threats from Iran, but Russia has voiced concerns that it would target its own strategic deterrent.

“Germany can imagine to put the Patriot missiles that are in Germany at the disposal of that system,” he told reporters on arrival at NATO headquarters.

He also suggested that Ramstein would continue to play an important role after the US military reduces its troop presence in Europe.

“Germany will be the most important, strategically meaningful deployment of the United States in Europe. We appreciate that. And Ramstein is part of that with its strategic importance for the air forces,” de Maiziere said.

The United States last month announced plans to complete the withdrawal of two of its four army brigades stationed in Europe in 2014. Each of the heavy brigade combat teams has 3,800 troops.

There are some 81,000 US troops in Europe, according to Pentagon data released in September 2011. About half of them are army troops stationed in Germany.