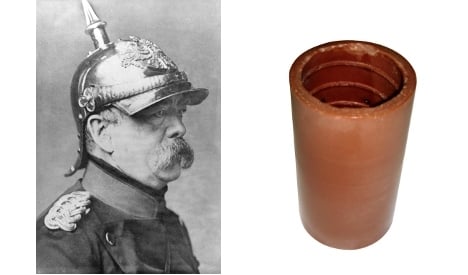 The New York Times reported on Tuesday that the content of the wax cylinder records, which had been stored in a cabinet for decades, was only uncovered after the curator of the Edison museum in New Jersey played them on special phonograph.

Made by Edison’s assistant Theodor Wangemann in 1889 and 1890, the recordings include the only known sample of Bismarck’s voice, as well as recitations by German military strategist Helmuth von Moltke and several musical pieces.

“This is sensational,” said Ulrich Lappenküper, director of the Otto von Bismarck Foundation in Friedrichsruh, Germany told the paper.

Known as the Iron Chancellor, Bismarck united Germany in 1871. At the time of the recording he was 74, and still the political leader of the German Empire.

The New York Times reported he recited poetry in English, Latin, French and German to Wangemann at his residence in Friedrichruh. The researchers were also surprised to hear he had also spoken parts of the French national anthem, the Marseillaise, considering the statesman had played a key role in Prussia’s defeat of France just prior to German unification.

“Bismarck was a very, very witty man,” Jonathan Steinberg, a historian and Bismarck biographer at the University of Pennsylvania, told the newspaper.