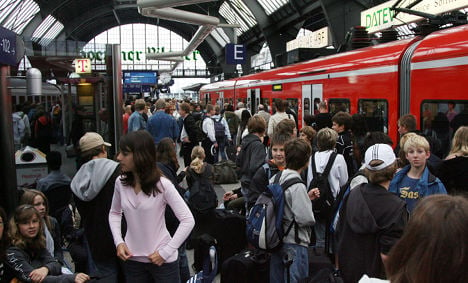 The cash is coming from federal and state governments, as well as Deutsche Bahn itself, as part of a long-term series of station and customer service improvements supported by the German government, the Süddeutsche Zeitung reported on Tuesday.

The improvements are making “travelling with the Bahn more pleasant for years into the future,” Transportation Minister Peter Ramsauer told the Süddeutsche.

Deutsche Bahn CEO Rüdiger Grube said his immediate goal was to put escalators and elevators in all stations serving more than 1,000 passengers per day and install coverings to protect passengers from wind and bad weather.

And by 2017 all stations serving more than 50 passengers per day – practically all of the Bahn’s 5,400 stations – should get electronic signboards that tell passengers when trains are arriving and departing.

Deutsche Bahn has been on a spending spree in recent years, hoping to improve its battered reputation for inconsistent customer service and service breakdowns.

Using government stimulus funds, it has modernised stations by repairing platform roofs and putting better lighting in place, among other improvements.

It invested €70 million into its winter services, hoping to avoid a repeat of last year when there were widespread delays.

Passenger advocacy organisation Pro Bahn said that the railway operator can’t afford to let up on its improvements, arguing that many stations, particularly in eastern Germany and in border regions are in serious need of modernisation.

The organisation also questioned whether the Bahn will be able to maintain its service improvements once government funding dries up.