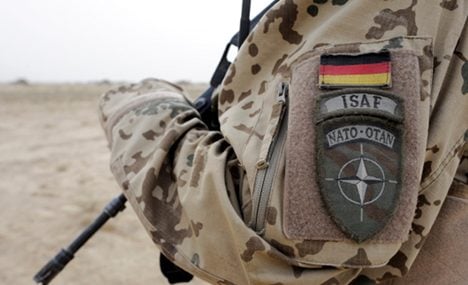 In 15 cases last year, the allegations were so serious that criminal charges were actually filed, according to statistics from the defence and justice ministries seen by the Mitteldeutsche Zeitung.

The new numbers come as concern rises that Bundeswehr soldiers have been seriously traumatised while serving on military missions abroad, which experts believe can be a contributing factor in criminal conduct.

Last year 922 soldiers, 759 of whom served in Afghanistan, were classified as suffering from post-traumatic stress disorder by the military – a 26 percent increase over 2010.

Although prosecution of Bundeswehr soldiers still fall under civilian courts, the government has also proposed centralising investigation and prosecution in Bavaria, in order to increase efficiency.

Germany’s roughly 5,000 soldiers have faced fewer accusations of criminal conduct than troops from other countries, such as the United States, but a spate of incidents have put them in the spotlight in recent months.

In May, officials said they were investigating whether soldiers were justified in shooting demonstrators during an allegedly violent protest.

And in September, a soldier was convicted of shooting a colleague dead in an apparent prank gone wrong.