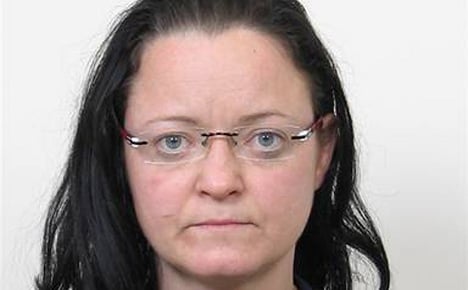 In what will be an embarrassing revelation for the authorities, Der Spiegel magazine reported that officers questioned Beate Zschäpe in 2007, but did not realise that her inconsistency could have been connected to anything sinister.

She is considered a crucial member of the self-styled National Socialist Underground (NSU) which claimed responsibility for killing nine small business owners and workers between 2000 and 2006. Eight of the victims were of Turkish origin and one was Greek.

The gang are thought to have shot a policewoman to death and stolen her weapon in 2007, three months after Zschäpe was questioned.

Investigators initially assumed the string of killings were connected to organised crime, only joining the dots in 2011 when the group self-destructed and the gun used in the killings was found in their flat.

Police called to a bank robbery last November stopped a caravan being used as a getaway vehicle, only to hear as one member of the NSU shot another and then himself.

Just a few hours later a flat used by the gang in Zwickau, Saxony was blown up – and the gun used to kill the nine shop-owners found in the rubble.

As police searched the wreckage for further clues, they found a DVD identifying the trio as the NSU and claiming responsibility for the murders.

Germany was shocked and horrified that such a group had been able to operate across the country for so long – and it soon emerged that the police had encountered the radical group as long ago as 1998 when their pipe-bomb workshop was uncovered.

But they were not arrested, and managed to go underground, invisible to police – although it seems a number of intelligence service informants within the neo-Nazi scene knew where they were.

And now Der Spiegel reports that police had Zschäpe in a questioning room in January 2007.

The 36-year-old was brought into a Zwickau police station for questioning not about the multiple murders now thought to be linked to her, but about water damage to the flat she shared with the two other NSU members.

Zschäpe repeatedly changed her story, saying she did not live in the water-damaged flat but later referring to it as “our house,” the magazine said.

She also identified herself under three different names – including one she used in Neo-Nazi circles – but none of these matched the signature she left on her statement.

The police let her go, and three months later she is thought to have been an accomplice in the murder of the policewoman whose gun was found in possession of her fellow NSU members.

It also emerged last week that the NSU’s support network was much larger than originally, including a Neo-Nazi group described by the Süddeutsche Zeitung as militant, called Blood and Honour.