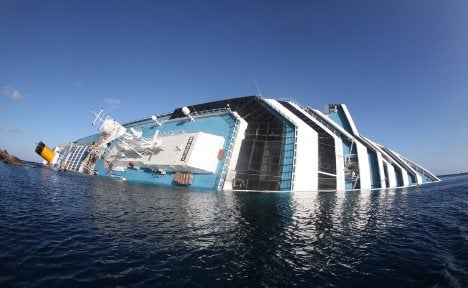 It was not clear whether the woman was the 66-year-old woman from Laupheim or the 71-year-old from the Nürtingen area, both of whom are missing.

The death toll from the ship, which hit rocks near the Italian island of Giglio on January 13, after being steered to within a couple of hundred metres of the shore, has now risen to 17.

Many of the around 4,200 people on board were trapped inside when the ship turned over in the water.

Rescue divers searching the enormous wreck have given up hope of finding any survivors. Their work is repeatedly being interrupted by poor weather conditions, and movement of the wreck.

Efforts to pump out around 2,400 tons of heavy oil and fuel by salvagers are also being hindered by the weather. The area threatened with contamination if there is a spill, is considered important for several species of whales and dolphins, environmentalists have warned.