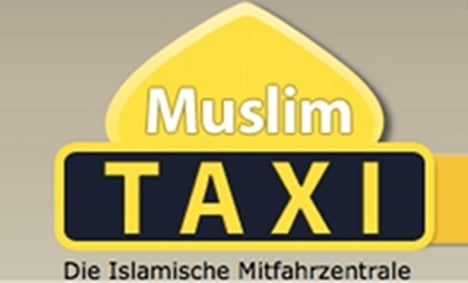 Called Muslimtaxi.de, the site is based on the same principle as other popular websites like mitfahrgelegenheit.de , which lets cost-conscious Germans arrange shared car rides.

Those interested in offering rides specify their gender, asking price and how many passengers they can accommodate. Potential passengers contact the driver directly.

Selim Reid, a 24-year-old from Norderstedt, city of about 70,000 near Hamburg, told the Hamburger Abendblatt newspaper that he was inspired to create the site because of Muslims’ bad ride-sharing experiences.

In 1996, for instance, his parents, who are originally from Iraq, caught a ride with a Muslim-hating driver who spent the whole time criticizing them.

“The driver and the people with him swore the whole way about foreigners in general and in particular about my mother’s head scarf,” Reid told the newspaper.

Of course, you don’t need to be a Muslim to use Reid’s service. In fact, he told the Abendblatt, that’s one of the main points of Muslim Taxi.

“Those really looking for dialogue will find it by using Muslim Taxi,” he said.

In operation since late last year, the website has attracted its share of criticism. People have accused Reid of trying to create a parallel society and supporting immigrants who don’t want to integrate in German culture.

But Reid says the response from thousands of grateful riders has showed him he’s filling a niche.

“Many Muslim brothers and sisters complained that they can’t use conventional offers because the gender segregation stipulated by Islam is not implemented,” he added.