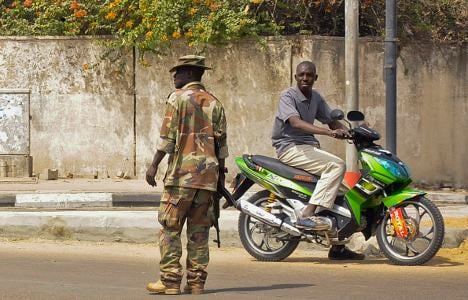 A driver along with two other assailants “came and abducted the engineer Raupach Edgar,” said police spokesman Magaji Majia. “They came and handcuffed him and put him in the boot and zoomed away.”

A spokesman for the German Foreign Ministry said that a crisis team had been formed and that it was working together with the local embassy to investigate the kidnapping. The embassy has declined to comment on the case as yet.

A spokesman for Rhineland-based construction company Bilfinger Berger said Thursday evening that there were indications that one of their employees in Nigeria had been kidnapped.

It is not clear yet whether the kidnappers are simply criminals, or members of the radical Islamist Boko Haram sect, responsible for a series of terrorist attacks in Nigeria in recent weeks, including a bombing that killed around 190 people last Friday.

According to a report in the Mannheimer Morgen newspaper, several Bilfinger Berger workers have been kidnapped in Nigeria in the past, including four cases between 2005 and 2008. All of them were eventually let go unharmed, though no details have been disclosed about the circumstances of their releases.

The report also says that Nigeria has been an important market for the Mannheim-based company for several decades, having built and roads and football stadiums in the country, though CEO Roland Koch announced recently that work in Nigeria would be rolled back significantly.