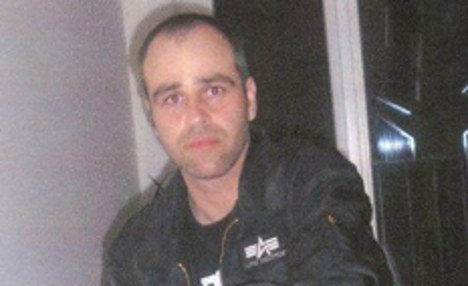 The BZ daily reported on Wednesday that the deceased, Carsten Srock, was found with his limbs expertly carved off with either an axe or large knife. The body pieces were then wrapped fastidiously in plastic bags and cling-wrap, and left to sit in the two-room flat for around three weeks.

His head was found, partially cooked, by the police.

Prosecutors on the case told the BZ they believe the victim was “murdered for sexual pleasure.”

Owner of the Mariendorf apartment is a 43-year-old man identified as Michael S., who was rescued by paramedics after trying to take his own life. The unemployed Berliner attempted to open a main vein, before calling the emergency services minutes after.

It was only upon the arrival of the paramedics that the gruesome truth began to come to light. The paramedics contacted the police, who arrived at the scene to find not only Michael S. bathed in blood, but the body parts of his occasional sexual partner Srock, dotted around the residence.

“Officials questioned the man in hospital,” a spokesman for the state prosecutors told the paper. During questioning Michael S. reportedly admitted to the murder. An warrant for his arrest was issued on Tuesday.

Srock was reported missing by his partner January 2. According to the gay news portal queer.de the bank manager, who reportedly worked part-time at a Berlin gay sauna called “Boiler”, finished his shift behind the bar on the evening of New Years Day.

He then took out a large sum of money from a nearby cash point possibly to help Michael S. pay off debts, or to exchange for sex, reported the BZ.

Srock then rang his partner to say that he had other arrangements and would not be returning home that night. The next day, his phone had been turned off.

“It did not take long for us to narrow the search down to the 43-year-old Michael S.,” a police spokesman told Die Welt newspaper. He also added that investigators had discovered that the pair had apparently agreed to partake in sex games beforehand.

An autopsy later confirmed that the two men had taken part in sexual activity together shortly before the murder. Exact time of death remains, however, unclear.

Berlin’s gay community has been rocked by the revelations, which have sparked condolences on internet forums for the 37-year-old victim.

The gruesome incident is reminiscent of the murder committed in 2001 by Armin Meiwes, dubbed the “Cannibal from Rotenburg” for castrating, butchering and eating a man. After meeting a 43-year-old engineer from Berlin online, Meiwes and his victim agreed to the killing and cannibalism.