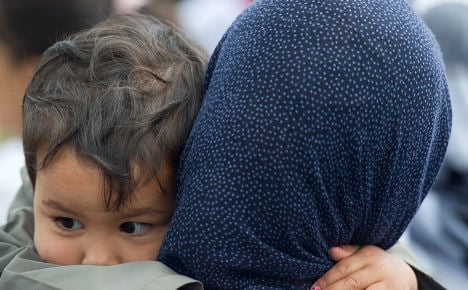 Much of that growth is driven by refugees from troubled Muslim countries including Afghanistan, Iraq or Syria. Pakistan saw an especially big leap, with 2,500 applicants – three times more than 2010.

Other applications have come from Serbia or Macedonia, whose citizens have been able to travel visa-free to Germany for the last few years, although the German government says many of them are not legitimate candidates for asylum.

In principle, those seeking asylum are supposed to lodge applications in the first European Union country they land in. But many are getting to Germany after bypassing Greece once they cross the Turkish-Greek border. Greece not only has a struggling economy but a poor reputation for dealing with asylum seekers.

One point of contention is the status of Syrian asylum-seekers fleeing government suppression in their country.

The Green party said that although Syrians are not being deported directly to Syria by the German government, they are sometimes sent to other countries, like Hungary, which are more likely to deport them.

Green party MP Volker Beck has condemned this as a “cynical and inhumane procedure,” but the Interior Ministry says that no Syrians have been sent through Hungary and back to Syria against their will since the middle of 2011.