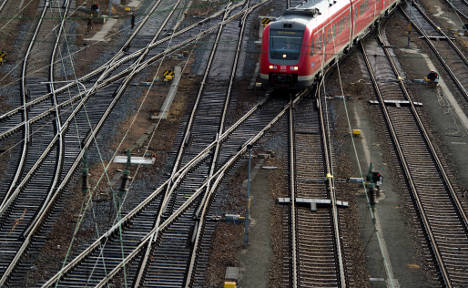 The survey, carried out by consumer organization Stiftung Warentest, found that an average three out of four German trains arrived within six minutes of their scheduled time in 2011 – slightly less than the four out of five claimed by German rail operator Deutsche Bahn.

The independent stats found that 85 percent of trains in Stralsund arrived punctually, considered a very good score. But there was room for improvement in Hamburg, where 31 percent of long distance trains, and 15 percent of regional trains, arrived late last year.

A member of the Hamburg railway’s executive board blamed constructions sites and a large number of freight trains on the delays, and predicted an improvement next year.

The survey also found that this year’s mild winter has led to an improvement, with commuters enjoying their most punctual December for in years. Between Christmas and New Year as many as 90 percent of trains around the country arrived on time or less than six minutes late.

In comparison, in the winter months last year, nearly half of trains arrived late for periods of weeks at a time.

But Deutsche Bahn warned that punctuality could suffer in the coming months as new construction projects start.

In general, the figures showed that regional trains were much more punctual than intercity services. The worst services were Deutsche Bahn overnight City Nightline trains.

The survey was based on the arrival times of two million trains around the country, collected on Deutsche Bahn’s online database.