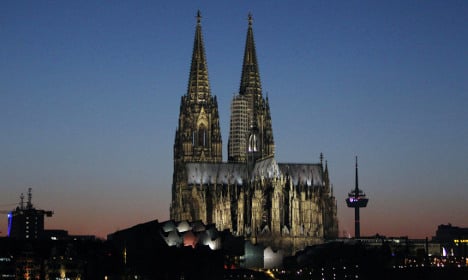 “We have started an investigation of theft,” a police spokeswoman said Monday, confirming a report in the regional Kölner Stadt-Anzeiger newspaper.

According to the newspaper, the 62-year-old was caught red-handed by his colleagues on Friday evening. At first, he attempted to get rid of his key to the collection boxes, but then admitted he had taken money.

Police subsequently found €400 in notes in a bag in his locker, plus an undisclosed sum in coins.

He apparently showed considerable cunning in carrying out his crimes, evading suspicion by travelling to Bavaria to have a copy of the collection box keys made. Normally only the cathedral’s sextons have keys.

It remains unclear how much money the man is accused of stealing during his three years as an usher, but considering that the nearly 800-year-old Catholic cathedral is one of Germany’s most popular tourist attractions, with some six million visitors every year (or 20,000 per day), the accumulated loot could be considerable.

The ushers, dressed in red robes, are charged with keeping order and quiet in the busy cathedral.

The man is also said to have some standing in the Cologne community, sitting on the board of one of the traditional societies that organizes the city’s famous annual carnival.