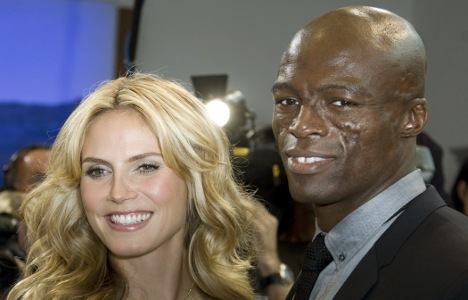 “While we have enjoyed seven very loving, loyal and happy years of marriage, after much soul-searching we have decided to separate,” the couple told US celebrity gossip magazine People.

“We have had the deepest respect for one another throughout our relationship and continue to love each other very much, but we have grown apart,” they added. “This is an amicable process and protecting the well-being of our children remains our top priority, especially during this time of transition.”

Klum is one of Germany’s most successful media exports – she hosts two TV shows in the US: fashion reality TV show “Project Runway,” and the candid camera show “Seriously Funny Kids.”

In Germany, the 38-year-old’s long-running audition show “Germany’s Next Model” is currently filming its seventh season.

The couple met in 2003, after Klum’s split with Formula One boss Flavio Briatore. She married the soul singer in 2005 after he proposed to her in an igloo on a 14,000-foot high glacier in Canada.

Klum and 48-year-old Seal have three children together, plus another daughter from Klum’s previous relationship, who Seal adopted.