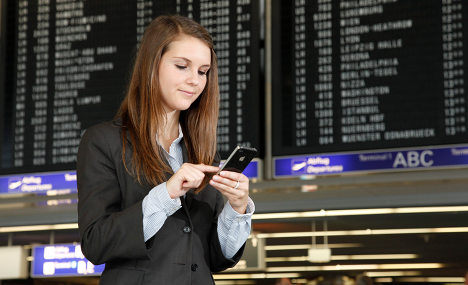 That is in stark contrast to much of the rest of the world, including the United States, Austria and Australia where airports sometimes use the free internet access they offer as promotion for their facilities.

The Handelsblatt newspaper, which listed a run-down of the situation in Germany this week, said airports here often allow passengers to go online at no cost for a short period, but charge them to continue.

Munich airport has been doing this since January 10 and Frankfurt am Main’s airport since last December – both offer the first 30 minutes of internet access free, but then charge €4.95 an hour.

Another idea being tested in Hamburg is providing free wireless in specific parts of the airport – sponsored by companies.

Some mobile phone customers may also be able to get online for free through arrangements with their mobile phone provider.

Düsseldorf and Nuremberg airports told Handelsblatt they were looking to switch to the models Munich and Frankfurt currently use, but other airports, like Stuttgart, have no plans to do so.

Berlin’s new airport being opened this summer will have wireless internet, although no decision has been made on whether to charge for it, the newspaper reported.

It’s not just German airports that are viewed as stingy with wireless internet, however. International travellers, like this man, have found that the country is not always a paradise for surfers.