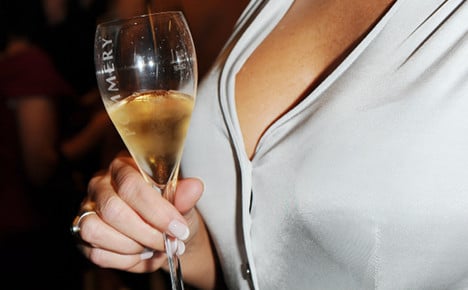 A report from Associated Press said Peter and Gabriele Strohmaier from Düsseldorf were in first class on a flight from Atlanta to Costa Rica when they began to make their demands.

The plane made an emergency landing in Tampa and the couple were told to get off, the Associated Press reported.

But Peter Strohmaier said all he did was demand decent customer service.

He told the AP he “did nothing except to say I would like to have the meal and so on … all normal things.”

His wife said the situation had been “enormously exaggerated” and added that after her husband asked for champagne the flight attendant said there was none left, then walked away instead of listening to their complaints.

“I am not prepared to accept such behaviour,” Peter Strohmaier said.

The couple denied that they had refused to sit down and are trying to find another airline to take them to Costa Rica.

Authorities, meanwhile, are said to be deciding whether to file criminal charges.

In a written statement to The Local, the airline wrote: “Delta has a zero tolerance policy to onboard disruption, as the safety and security of Delta’s passengers and crew is Delta’s number one priority.”