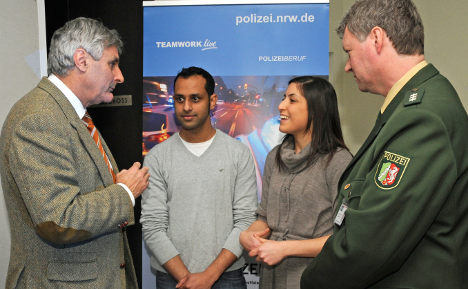 Merkel’s speech about increasing the number of minorities in public service was slammed as nothing but hot air by the Green party.

Speaking in a video podcast on Saturday, Merkel had pointed out that nearly a fifth of people living in Germany had their roots in a different country, and said that integration was a task of national importance.

“It is a long process and it is important that migrants do their part, just like those who have lived here a long time,” she said.

But Renate Künast, head of the Green parliamentary party said Merkel’s comments were, “almost cynical.” She said children of migrants were leaving Germany because they were not getting a fair chance. “No podcast and no further integration conference at which it is just talking, can help there,” said Künast.

She said Germany needed to encourage people to become citizens, to accept multiple citizenships, and to get rid of the rule which forced young people born in Germany to foreign parents to choose between nationalities.