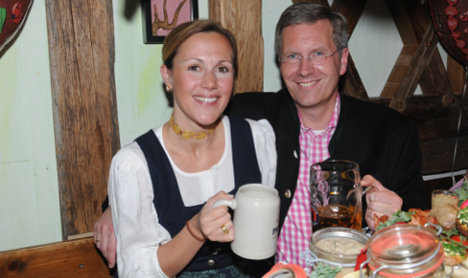 The newsweekly reports that during his time as premier of Lower Saxony, Wulff and his wife Bettina made a trip to Munich for the annual festival and that film producer David Groenewold paid for their upgrade to a better hotel room.

Groenewold is reported to have paid the difference between what Wulff paid for the room at the exclusive Bayerischer Hof hotel and what it actually cost.

Wulff’s lawyer insisted that his client had paid his own hotel bill, and this was then reimbursed by the state chancellery and Lower Saxony’s Christian Democratic Union, as he had a number of official and party appointments while in Munich.

Der Spiegel‘s website had previously reported that Groenewold had paid several thousand euros to the author of a book about Wulff that was published in 2006.

Wulff has been in the hot seat for over a month over his cosy relations with a number of business people after it emerged that he had accepted a low-interest loan of €500,000 from the wife of a friend, prominent business man Egon Geerkens, to purchase a house. At the time, he denied having any business relations with Geerkens, but declined to mention the loan.

Calls for his resignation increased after it was revealed that he had tried to stop mass circulation newspaper Bild from publishing the story.

During a recent TV interview, the president pledged to provide full details about the affair but his lawyer subsequently argued that he could not do so, saying only reporters can decide whether to release the questions and answers. However, amid mounting criticism, Wulff announced on Friday that his lawyer will make public more details next week.

On Saturday Chancellor Merkel once again backed Wulff, but also called on the president to provide transparency. “The task is to answer the questions extensively,” she told reporters at a CDU conference.